Pujo is an integral part of Durga Puja celebrations for Bengalis and brings back several fond memories spent with family and close friends. And what better than pure music to rekindle those memories and share the joyous occasion with your near and dear ones. Shyam Steel took the initiative of bringing the perfect Pujo album which is composed by Indradeep Dasgupta and sung by a talented set of singers including Rupankar Bagchi, Raghav Chatterjee, Iman Chakraborty, Shubhamita, Shaan, and Monali Thakur. The Pujo album consists of six pure Bengali songs composed by Indradeep Dasgupta. The songs are written by Ritam Sen, Srijato, and Subrata Bariswala.

Talking about this nobel initiative, Suket Beriwal, head of Shyam Steel said, “We have to take the culture of Bengal forward. After hearing such a great idea from Butterfly Films and Music, I agreed to do the project. All the talented artists of Bengal have participated in this album. It is a great pleasure to be associated with such a masterpiece.” 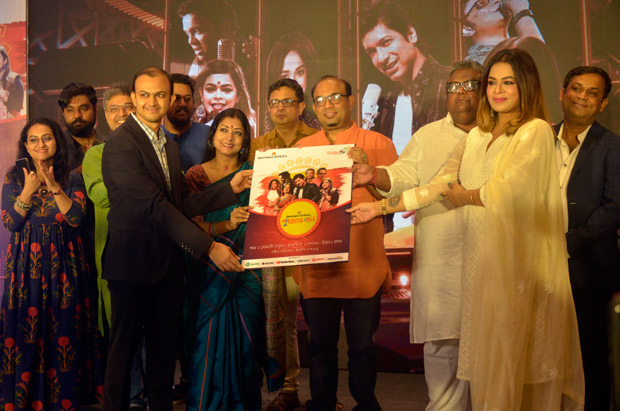 The album has been titled Shyam Steel Pujor Gaan and was released recently in the presence of all the artists associated with it. On the day of release, Indradeep Dasgupta shared, “The number of non-film songs is decreasing day by day. We don’t do any more albums. Social media has come and turned everything upside down. It’s good, thanks to Shyam Steel, of course. Butterfly Films and Music also contributed a lot. We need to increase the number of non-film songs.” 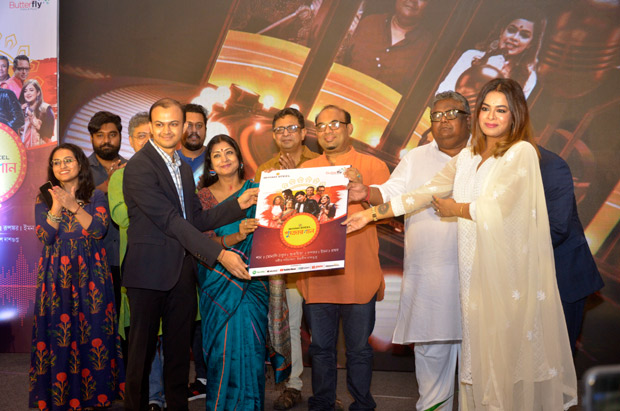 Sharing her experience working with Dasgupta, Iman Chakraborty said, “He created a song of a completely different genre from the genre I sing. Before singing this song, Indradeepa da said to me, ‘You are in fashion day and night, now sit down with the harmonium and pick up this song.’ You will tell me how much I have been able to do.”

Subhamita frankly admits that she used to be very scared of Indradeep Dasgupta, “I was scared. Now, of course, we’ve become friends.”

As for Raghav Chatterjee and Rupankar Bagchi, it is a homecoming. The two have worked with Indradeep Dasgupta on non-film songs and have sung Pujo songs in the past. Both are fascinated by the composer. The entire album is available on YouTube and All Major streaming Platforms

Previous Post: Ranveer Singh gets cheeky flaunting his washboards abs ahead of his TV debut with The Big Picture
Next Post: Kareena Kapoor shares throwback picture with ‘the most handsome man’ Saif Ali Khan on ninth wedding anniversary