John Abraham is all set to star in Satyameva Jayate 2. The actor was highly appreciated by the audience in the first instalment of the film and is going to star opposite Divya Khosla Kumar for the first time. Directed by Milap Zaveri, the film promises high-octane action scenes and a drama. 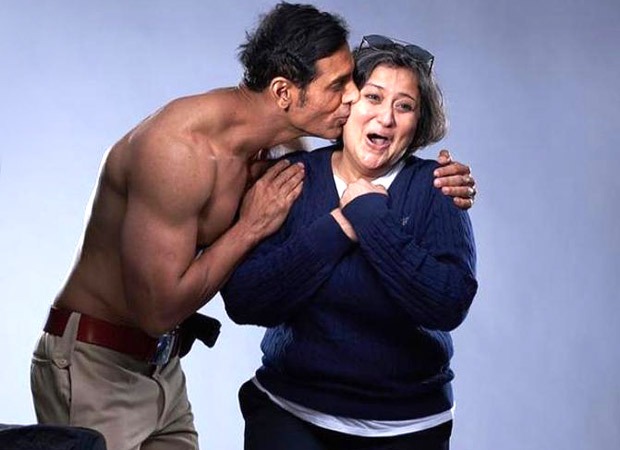 On Monday, producer Monisha Advani took to her Instagram handle to share a candid picture of her with John Abraham. In the picture, John can be seen giving Monisha a peck on the cheek. John, who was doing a photoshoot or the film, is seen wearing nothing but khaki pants and shoes.

Sharing the picture, the producer wrote, “LUCKIEST GIRL IN THE WORLD!!! Candid moment on set turned into the most special memory ever!! I LOVE @thejohnabraham ♥️ and he’s my dearest friend (and now crush)!! Thank you @milapzaveri @avigowariker @minnakshidas @jaygotecha86 for this coup!!!”