Leave it to the popular K-pop female group BLACKPINK to always impress with their stage presence and powerful vocals. The group will kick off the New Year with the much anticipated online concert, The Show. The fans are hoping the members – Jisoo, Jennie, Rosé, and Lisa  – give some thrilling performances and perform songs from their debut album. As the fans, called BLINKS, are eagerly awaiting the big day, earlier in the day it was revealed that Rosé will drop her solo track on the day of the concert. 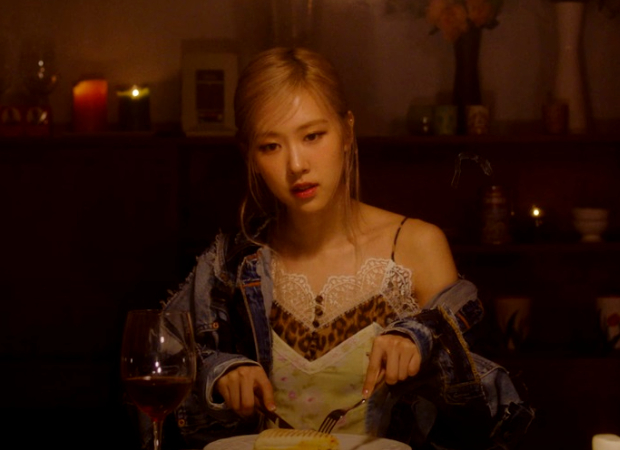 Now, the first teaser of the music video is here and it looks stunning. It starts were Rosé curled in the washroom, setting things on fire and thrashing her house which then cuts back to her scene where she is having dinner with a glass of wine on the side. As the camera gets closer, you hear her soulful voice, “All my love is gone.” It seems like the track will focus on longing for love! It seems to like there is a callback to the bathtub scene from ‘Lovesick Girls’ music video and it might continue the story!

Rosé finished the shooting of the music video for her solo album title track’s in mid-January. It is reportedly a large-scale production. The preview will be given during the online concert.

BLACKPINK’s online concert The Show will be streamed live on January 31 at 2pm KST.

After much anticipation, BLACKPINK released their highly awaited debut album titled ‘The Album’ on October 2 along with the music video for the lead track ‘Lovesick Girls’.  The album debuted at No. 2 on Billboard 200. The group also debuted its documentary on October 14, 2020.

ALSO READ: BLACKPINK’s Rosé to debut her solo track during the group’s online concert The Show

Previous Post: Satyameva Jayate 2 producer shares a candid moment with John Abraham from the sets of the film
Next Post: Varun Dhawan shares romantic pictures with wife Natasha Dalal from their mehendi ceremony